Beerventures with Seven: Pax and Jackson

Hey there, brew pirates. It is I, Bangkok Seven—swashbuckler of suds, beer buccaneer, pale ale pirate. Here with another tale of adventure from sailing the ocean brew. Not sure how long I can keep up this metaphor, so let’s cut to the chase. Today’s blog is an homage to one of the most enigmatic beers on the planet: Pax Pils. 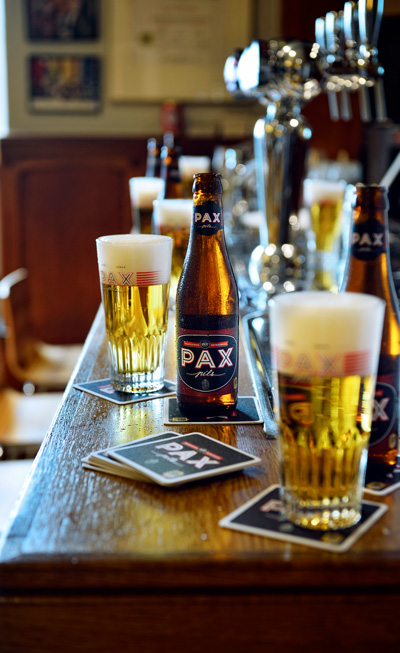 Belgian pilsners and lagers don’t usually top people’s lists (ahem! Stella). But Pax enjoys a lone spot in its own genre—claiming to be a pils while donning the smoking jacket of a lager, yet still rife with Belgian pedigree. Jackson spoke highly of Pax’s traditional taste and “stony, austere dryness,” and just like the other Mike, it’s one of a kind.

Named for the Roman goddess of peace, the Pax recipe has been passed down through generations starting in 1918 with Jaak Cornellisen, who first brewed it to celebrate the end of World War I. It’s “bottom-fermented” which means low-temperature fermentation that causes the yeast to rest at the bottom of the bottle. It contains more malt than a traditional Pilsner which greatly enriches the flavor, although it’s still an easy-drinking beer.

When poured, Pax appears pale blonde, with a healthy head of foam. The aroma is replete with bread and earth, with mild citrus and grassy afternotes. Connoisseurs have also described the taste as notably pure, which could be because it’s brewed with water from a stone well. Or it could be the simplicity of the ingredients: water, yeast, malt, hops.  That’s it.

Only slightly bitter on the palate, its refreshing character lingers just long enough to make you crave another sip, which is front-loaded with cereal grains and a touch of malty sweetness, smoothing out to stony fruit and a subtly floral finish. 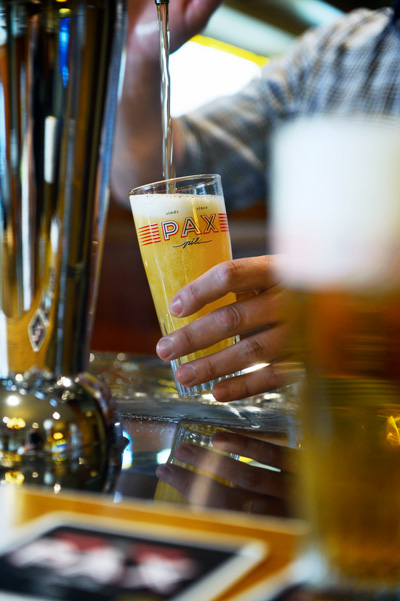 Pax pairs as well with steak, mussels, and prawn stuffed tomatoes as it does with a simple green salad or white fish. Now that’s what I call versatility. It’s 5% which means it kicks harder than other beers of its kind, but it doesn’t pack the wallop of a traditional Belgian ale, so you can enjoy more of it without worrying that you’ll end up on your face.

So if you want to drink like a king, or just the beer blogger oft confused with a moonwalking superstar, crack open a Pax and judge for yourself. It’s available in Bangkok exclusively at Belgian Beverage Asia  And until next time friends, may your glass be full, your head foamy, and your beer a cut above. Cheers.