Beerventures with Seven: Storming of the Kasteel

Hello beer aficionados, it’s me Bangkok Seven. Today I present for your reading enjoyment a close look at five varietals from the Kasteel brewery. More formally known as Kasteel Brouwerij Vanhonsebrouck brewery, Kasteel (or “Castle”) is produced by the same fine folks who make St. Louis beers. Our friends at Belgian Beer Asia offer five terrific Kasteel varietals available for order on their website. Let’s do a drill-down. 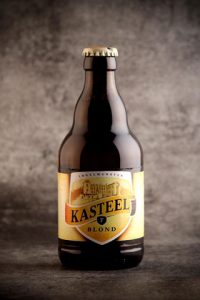 The original formula for the Blond was 11%, but the brewers recently introduced this lower-alcohol, more easy-drinking beer and relabeled it. Beautiful golden color, thick healthy foam with aromas of fruit, grass, and bread. The flavor is balanced on a knife’s edge between bitter and sweet, with malty sweetness winning out in the end along with a clean finish. I could imagine knocking back a six-pack of this sweet liquid at a rooftop bar overlooking the Chao Phraya River as the sun sets and The Eagles play in the background. 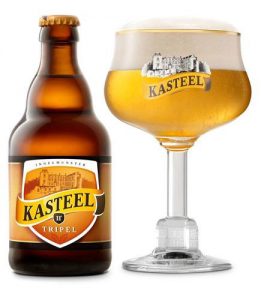 This amber treasure used to be the Blond formula. It’s definitively more complex and—ahem! stronger than the new formula. The online tasting notes refer to it as a “powerful” tripel with fruity and floral notes. Last weekend, I went out and had one. Here’s my take: The color was a cloudy amber with a nice head that disappeared quickly. I got some perfume notes in the nose. My first sip felt like someone yanked on my beard. I was momentarily dizzy as a full mouthfeel overwhelmed me. At first, I got a hint of caramel that was immediately challenged with bitterness. After a few sips, caramel, malt, and hops merged into one, with toffee after-notes.  This is a gorgeous beer, but it’s not for the faint of heart. 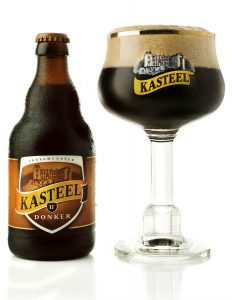 According to the internet, this dark brown potion has notes of chocolate, banana, licorice, raisins, and “accents of port.” When I gulped one down last Sunday, it went like this: The color was dark chestnut with a small head and aromas of coffee and cocoa. At first sip, it didn’t come on as strong as the tripel. Rather, it snuck up on me. Initial notes were creamy chocolate, coffee, walnut, and bitter-sweet after-tones. Drinking this beer felt like being tucked-in to a bed of Belgian chocolate. Full disclosure: I had the tripel and donker at the same time, switching sips between them. It may be unorthodox, but the experience was invigorating. The caramel notes of the tripel seemed to compliment the chocolate flavor of the donker. At first, I preferred the donker. But the more I drank, the more I warmed to the tripel. In the end, they were both marvelous. 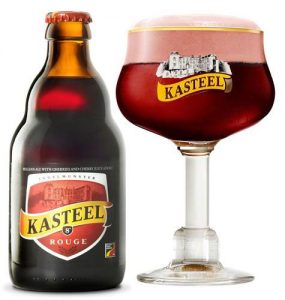 Unlike St. Louis Kriek, which is made by the same brewer, there’s no actual fruit added to this beer. But don’t let that fool you—cherry is still the strongest characteristic, along with alcohol and even some chocolate notes. The way I’d describe the flavor difference between St. Louis Kriek and Kasteel Rouge is the notable complexity of the latter. The St. Louis is a cherry jubilee. It’s tart, sweet, and cherry all-over. The Kasteel is less about bald cheery flavor and more about the essence of the fruit. I remember that when I was drinking the Kasteel, the taste reminded me of the cherry-flavored candies I used to eat as a child namely Charms’ cherry lollipop and also the popular “Ring Pop.” Both were a decadent cherry indulgence that left my young brain buzzing with delight. The Kasteel Rouge is a great grown-up version of that experience. 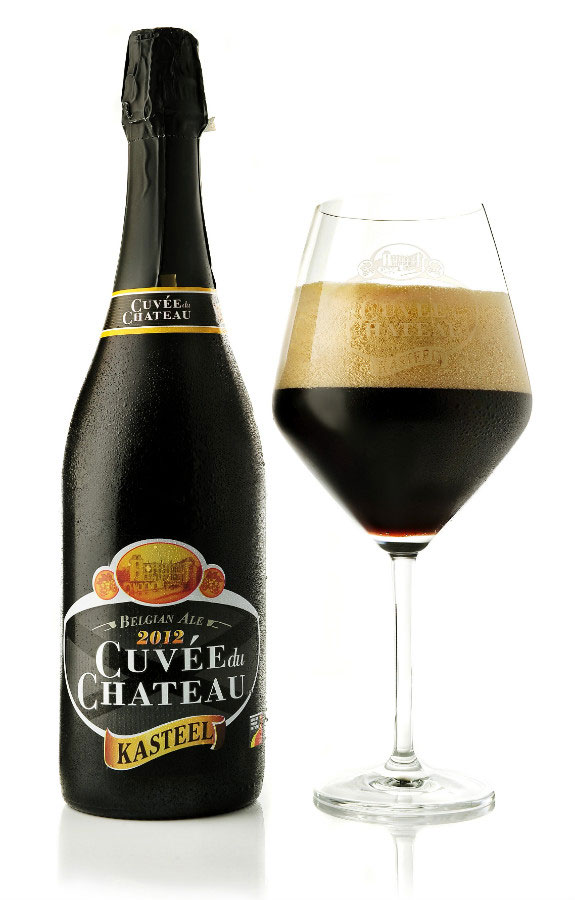 In the dictionary, next to the definition for “happy accidents” there should be a photo of this fine beer. The brew-masters came up with the idea after some Donker bottles were found in a cellar after more than 10 years. The characteristics of this “aged” beer better resembled a fine port or Madeira. So the folks at Kasteel got the idea to make a special beer of this caliber on purpose. In the glass it’s a thing of beauty, with its dark, rich brown color and mocha-tinted head. The nose is a symphony of plum, caramel, and malt which are reinforced in the taste: like a malty beer and a fine port all at once, leaning more sweet than bitter while exuding rich, delicate smoothness from start to finish—a finish of hops, raisin, and anise. Indulging in this exquisite beverage is the beer equivalent of luxury.

If these descriptions give you a hankering for any of Kasteel’s fine fare, I’ve good news: they can be found in one or two bars here in Bangkok, or by easy order on belbev.asia where you’ll find lots of last-minute gift ideas for the beer master in your life. Until next time, friends—keep your glass full, your beer frothy, and cheers to drinking the best beers on Earth in the best city on Earth: Bangkok, Thailand.